The feature-packed mid-ranger smartphone secures Camera2 API so you can easily install the Google Camera app on your smartphone. Yes, there’s no need of rooting the smartphone. There are a couple of GCam ports working fine on the Moto G52, we’re attaching two different GCam ports – GCam 8.4 by BSG and GCam 7.3 by Urnyx05 both ports are compatible with the Moto G52. You can use Astrophotography and Night Sight in these ports.

While for MGC_8.4.300_A10_V3_MGC.apk there’s no need to configure many settings, but still, you can play with GCam settings according to your needs for better results.

Once all is done. Start capturing blazing and great photos directly from your Motorola G52. 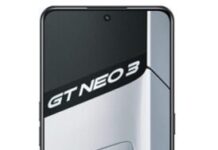